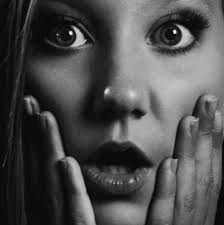 1.When you blush, the lining of your stomach blushes too.

2.Your eyes see the world upside down, but your brain corrects it for you.

3.One third of world’s population has never made a phone call.

5.Cuddling with a Teddy bear releases the same amount of endorphin’s as having sexual intercourse.

7.Mickey Mouse was the first non-human to win an Oscar.

8.The character in Titanic who drinks from a flask and rides the ship down into the ocean with Rose and Jack is based on a real person who did just that. He survived and thanked the alcohol.

9.It will take 1200000 mosquitoes all sucking at the same time to drain the average human of blood.

10.There is a psychological disorder called Boanthropy that makes them believe that they are a cow. They try to live their life as a cow.

13.The most popular item at Walmart is bananas. They sell more bananas than any other single item they have in stock.

14.Elephants make friends, bury their dead, travel for ‘funerals’, speak to each other, and show extreme intelligence.

15.In 2006, a woman farted on a plane and tried to cover up the smell by lighting matches, causing an emergency landing.

16.Two actors have died playing Judas in live Biblical productions by accidentally hanging themselves for real during his death scene.

18.Gandhi never won the Nobel despite being nominated five times.